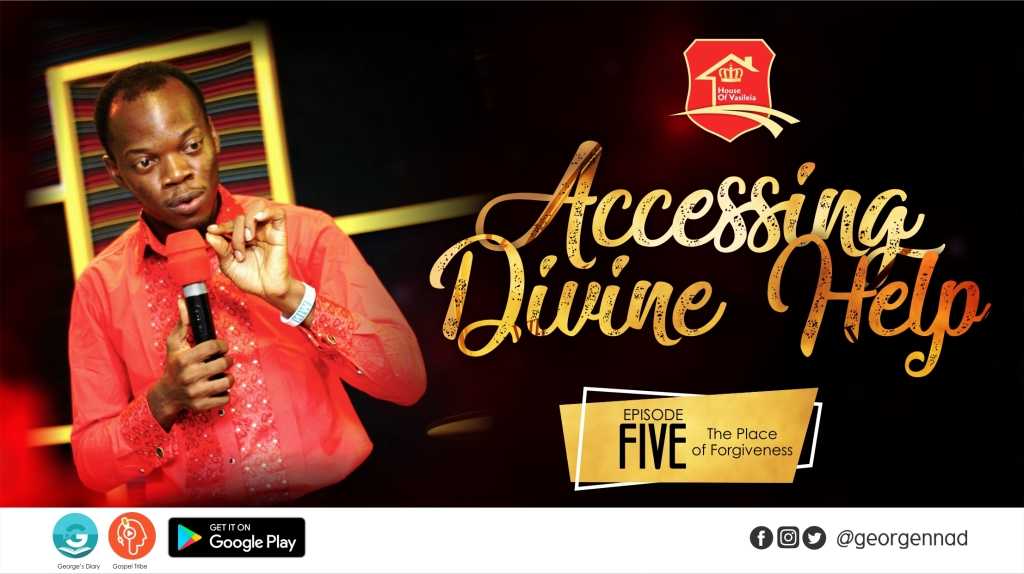 Ike was living in debts, he had gone bankrupt and the only remaining thing he had was some properties he was able to build when things were still fine. He couldn’t sell these properties because he used it as collateral for so many loans he collected from three different banks. Aside from the banks, he also owed his business partners and his relatives.

On his end, he also had a friend who owed him about five hundred dollars. He was always on the run because of the debts, he had no time to look for his old friends who owe him five hundred dollars because it made no sense, it wouldn’t account for the debts he found himself into and these debts were running into millions of dollars.

One day, he got a call from the governor of his state whom he had worked for. The governor was aware of what he was going through and the governor determined to bail him out of the situation. It was a miracle! Ike got his freedom just like that and he could move about freely, ready to start a fresh new life.

The first thing he determined in his heart was to go meet his old friend to get his money back. His friend pleaded with him to be patient but Ike insisted he must get his money without any further delay. He had a little money on him and with the money, he arranged for some policemen who arrested his friend and threw him behind bars while letters were sent out to his relatives to make the money available and get their son released.

Ike was eventually paid a few weeks later and the news went around. Ike was supposed to meet with the Governor who promised him a new job but with the news all over, he felt guilty and couldn’t go meet the governor, it also affected his relationship with other people and doors were shut on him. He lived a lonely miserable life and died a miserable death because he was known for being unforgiving. No one wanted to have anything to do with him.

Can you relate to the above story? Does it sound familiar?

In the second teaching on the subject of “Accessing Divine Help,” we talked about the place of prayer and we also discussed certain things that would hinder our prayer. Of all the things we discussed, we highlighted the subject of unforgiveness.

No man on earth hasn’t wronged someone else, one may be more severe than another but someone was hurt! Aside from needing the forgiveness of your fellow man, you need forgiveness from God and something more than that! When we do not forgive others, we are claiming to be perfect people.

The reason the subject of forgiveness is coming now is that lack of it is going to hinder us from accessing what God has already made available for us. Denying someone else of forgiveness means to be disobedient to God’s word and without it, our relationship with other people will not thrive. So you see that forgiveness fall into every subject we have discussed previously.

Come to think of it:

God so loved us and he doesn’t stop loving us when we make mistakes. He didn’t just claim to have loved us, he demonstrated it and the Bible says in Romans 5:8 that he demonstrated it in such a way that he took credit for our sins even when we never felt like quitting nor sought for his help. I love how the Message Bible puts it, let’s read:

“But God put his love on the line for us by offering his Son in sacrificial death while we were of no use whatever to him.”

“But God expressed his love for us by bringing himself down to the point of humanity and offering his human self to die our death that we might live his life.”

In the same way, God wants us to forgive others when they wrong us. In Matthew 35, Jesus told the story of a servant who was forgiven of debts but this servant didn’t reciprocate the same to another and we see how his end went. That is exactly the story I retold at the beginning of this chapter while trying to explain how unforgiveness can hinder us from getting whatever God has made available for us. Jesus said in Mark 11:25

“When you are praying, first forgive anyone you are holding a grudge against, so that your Father in heaven will forgive your sins, too.”

Jesus said this when forgiveness from God used to be a prayer point and Jesus was explaining to them that unforgiveness towards others can be a serious hindrance to prayers. When we forgive people easily, we can access certain dimensions of God’s provision. Unforgiveness locks us out from what God wants us to have.

To live in unforgiveness is to deny the very nature of God. To bear offence in your heart and keep malice is to practice a borrowed tradition. Unforgiveness and bitterness is the tradition of darkness, properly exhibited in the art of witchcraft, sourced from the inherent nature of the devil. When you live a life of unforgiveness, you will always portray the characters of the enemy. There is nothing beautiful about unforgiveness, nothing makes it desirable!

Unforgiveness causes sickness and this has been proven scientifically! Ask Dr Steven Standiford, the Chief of surgery at the Cancer Treatment Centres of America and he will tell you that refusing to forgive people makes you sick and keeps you sick!

61% of cancer patients have been reported to have forgiveness issues! Do you know why? Harbouring negative emotions like anger and hatred creates a state of chronic anxiety; these are results of negative energy! Ask anyone who has had grudges for long but later let go, they feel so light! Why burden yourself?

How unforgiveness hinders prayers isn’t rocket science, we don’t need to twist anything to find out. It is like putting yourself in a cage, locking yourself up and crying for help! You are the one with the key to unlocking yourself, not God, not me, not anyone else but you!

Unforgiveness can be a blockage in the channel through which answers are supposed to come! Unforgiveness will ruin you, ruin your relationships and possibly make you severe ties with people who would help you in the future! If you want to walk away from someone, do so peacefully and in understanding because there will always be next time!

No matter what happens, live a life of love! Forgive people and move on! Only cowards dwell in bitterness and we know who the chief coward is, the devil! Don’t imitate him, don’t copy his lifestyle, maintain your tradition, that which is found in Christ!

You may be wondering, “but he has remained consistent in hurting me! He killed my mother, he stole my money, he dumped me after all the sacrifices I made for him…” Peter was thinking about that too when he asked Jesus “Lord, how often will my brother sin against me, and I forgive him? As many as seven times?”

He was willing to take offences up to seven times but he was willing to use his sword afterwards but Jesus, love personified, has a response for him, it wasn’t what he wanted to hear. Perhaps, he thought Jesus would have said: “Seven is too much but if you can go that far, that is beautiful.” Wasn’t Jesus the same person who asked them to sell their cloaks and buy a sword? Of course, they grossly misunderstood Jesus.

In the Jewish culture, to be generous with forgiveness is to forgive three times and Peter extending it to seven indicates he was trying to appear good and even more generous before Jesus but Jesus was going to show them that there isn’t any limit to forgiveness just as there isn’t any limit to grace. He said to Peter “Not three, not seven but seventy times seven…” (Matthew 18:21-22)

The number was ironical and it means unlimited! This is the character of God and he wants us to learn it even when we do not feel it!

You may not allow people to hurt you again, you may take people out of that position that makes it easier for them to betray you, you may keep a distance just to ensure that your sanity is intact but you don’t go on hating on them, you can still look in their faces and say “I love you brother.” “I love you sister.”

Isn’t that the very nature of God? Haven’t you read? That while we yet sinners, God so loved us! He didn’t just so love us, he came looking for us, and he came searching for us! We acted like we don’t care but it didn’t bother him. All over his faces was written, “Love!”

Haven’t you read? That while we were yet sinners, God came so low to become a man, just to satisfy the law that was set by him! What a love! No wonder love is his other name as John puts it “God is love!” When we love, we are practising a God-culture; we are following the example of our father in heaven!

Go ahead and make that call! Go ahead and send that text message, go ahead and visit that person, go ahead and buy that flower or apology card. You may not feel like it but it is not a feeling, it is a knowing! You don’t have to feel good to be good.

We have a tradition, a culture that must be maintained, it is THE LOVE CULTURE! This is the biggest obstacle many believers have in the place of prayer. How can you be singing “Lord, I love you”, praying in tongues and boiling in worship when you still have grudges in your heart against a brother or sister? That is an insult to the person of God; it is a slap to your face and identity as a child of God!

In the part of the world where I come from, so many Christians organise prayer meetings for their enemies and what they do isn’t to truly pray for their enemies but to pray against their enemies. I remember hearing a preacher who announced “Well, Jesus asked us to pray for our enemies, but he didn’t give us a prayer point. So, when we pray for their death, it is not out of place!” That is so absurd!

“Put on then, as God’s chosen ones, holy and beloved, compassionate hearts, kindness, humility, meekness, and patience, bearing with one another and, if one has a complaint against another, forgiving each other; as the Lord has forgiven you, so you also must forgive.”

Do you see that? The believer in Christ Jesus is different and we have been empowered to live like Christ on this earth! Unforgiveness is like denying the very thing that saved you and Peter has the best word for it

“For whoever lacks these qualities is so nearsighted that he is blind, having forgotten that he was cleansed from his former sins.” 1 Peter 1:9 ESV