Being virtuous is more than being good.

Character is good but it isn’t more to a woman’s beauty than it is to the man’s beauty. The Bible talks more than a mere character being what should be admired about the woman. In fact, the virtuous woman wasn’t called virtuous simply because she has good character. In this context, character means having those qualities many men usually refer to as “wife material”. But the virtuous woman has just more than this.

The major quality which the virtuous woman possessed that warranted such praise was the entrepreneurial spirit! It isn’t just about being good in the kitchen, it wasn’t just about being a good wife; it was about a 360 woman who is both a wife, mother, business tycoon and a mentor to others. The virtuous woman is the woman who in addition to her good character brings to the table.

Good character isn’t enough. It becomes your only asset when you have not built capacity. Good character is good and should be cultivated by everyone both male and female. Money, on the other hand, is not the beauty of the man, the beauty of man in marriage also lies in his overall disposition as a father and husband.

A good family woman isn’t one who stays at home with the children every day, she is the one who takes care of the family and also provides for the family. Let’s see some things the Bible said about the virtuous woman

“Her husband can trust her, and she will greatly enrich his life.”- Proverbs 31:11 NLT 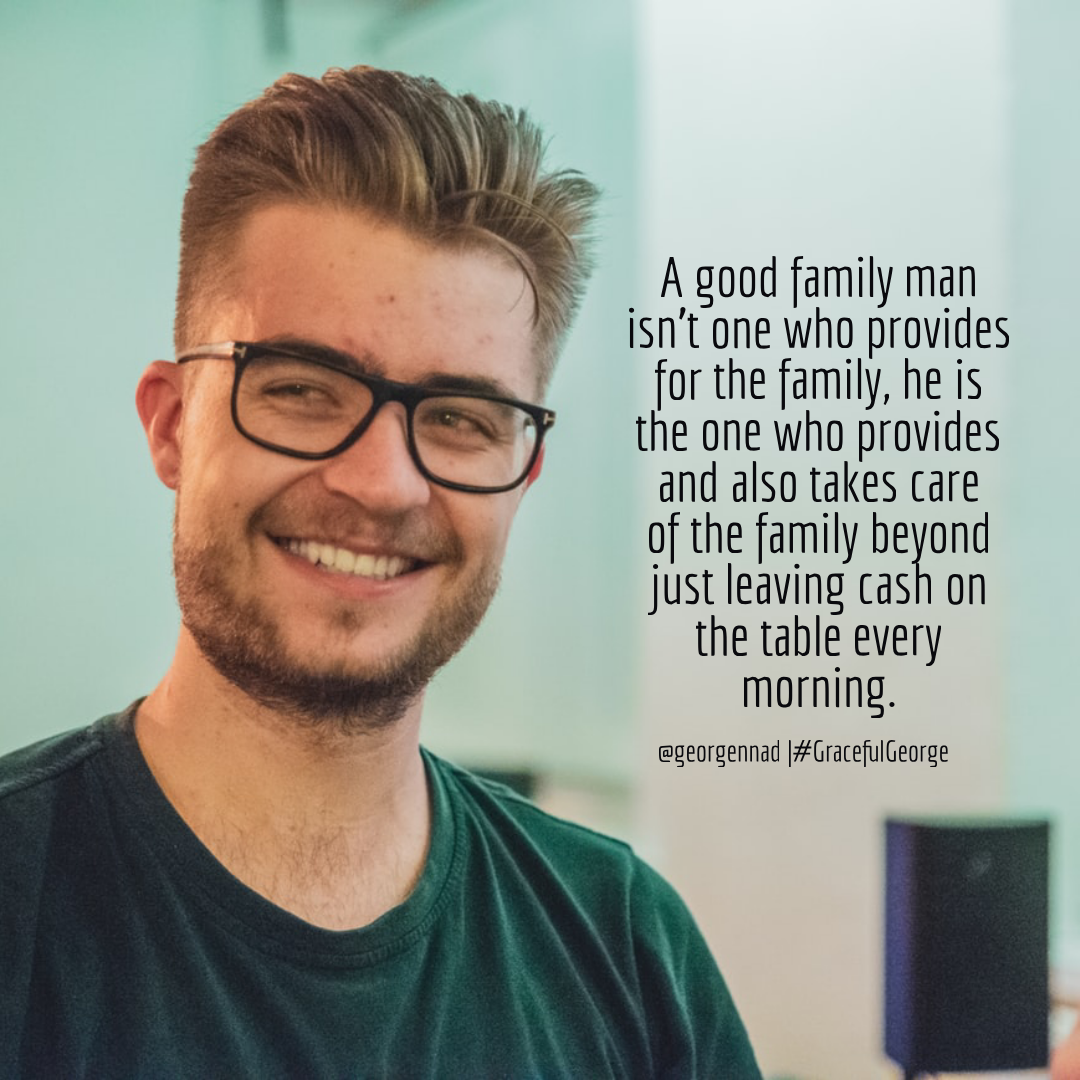 While there are many women with an awesome character who despite being good depends on their husbands to get enriched, the Bible gives a sharp contrast to what is obtainable in our cultures. In some parts of the world, some women are regarded as “oriaku” which is an Igbo word that means “the consumer of wealth”. However, we now see that women too can enrich their husband.

Before you think Proverbs never meant it literally, it says somewhere else

“She goes to inspect a field and buys it; with her earnings, she plants a vineyard. She is energetic and strong, a hard worker. She makes sure her dealings are profitable; her lamp burns late into the night.”- Proverbs 31:16‭-‬18 NLT

She doesn’t just wake up to feed the kids, her role and good character don’t just end in being domestic, she is a businesswoman who engages in profitable deals. She has her own earnings and not that which her husband left on the desk for her.

“She extends a helping hand to the poor and opens her arms to the needy.”- Proverbs 31:20 NLT

There are women who have good character in their homes, they are good for their family but very terrible to other people. The overall beauty of a woman is beyond merely being good to her husband and children, it’s also beyond merely being domestic. She is a goal-getter, she is ambitious and she doesn’t bow to societal pressure! More to this, she influences people positively and impacts their lives as much as she does to her children.

The virtuous woman is equally a strong woman; that strong woman that many men find intimidating when they have low self-esteem.

The virtuous woman isn’t just a well-behaved woman, she is intentional about building capacity. It is beyond being domestic, it is beyond saying “yes” to everything her husband says. She isn’t just good for marriage but good for herself and also good for the society. She knows when to bow and when to hold her head high. 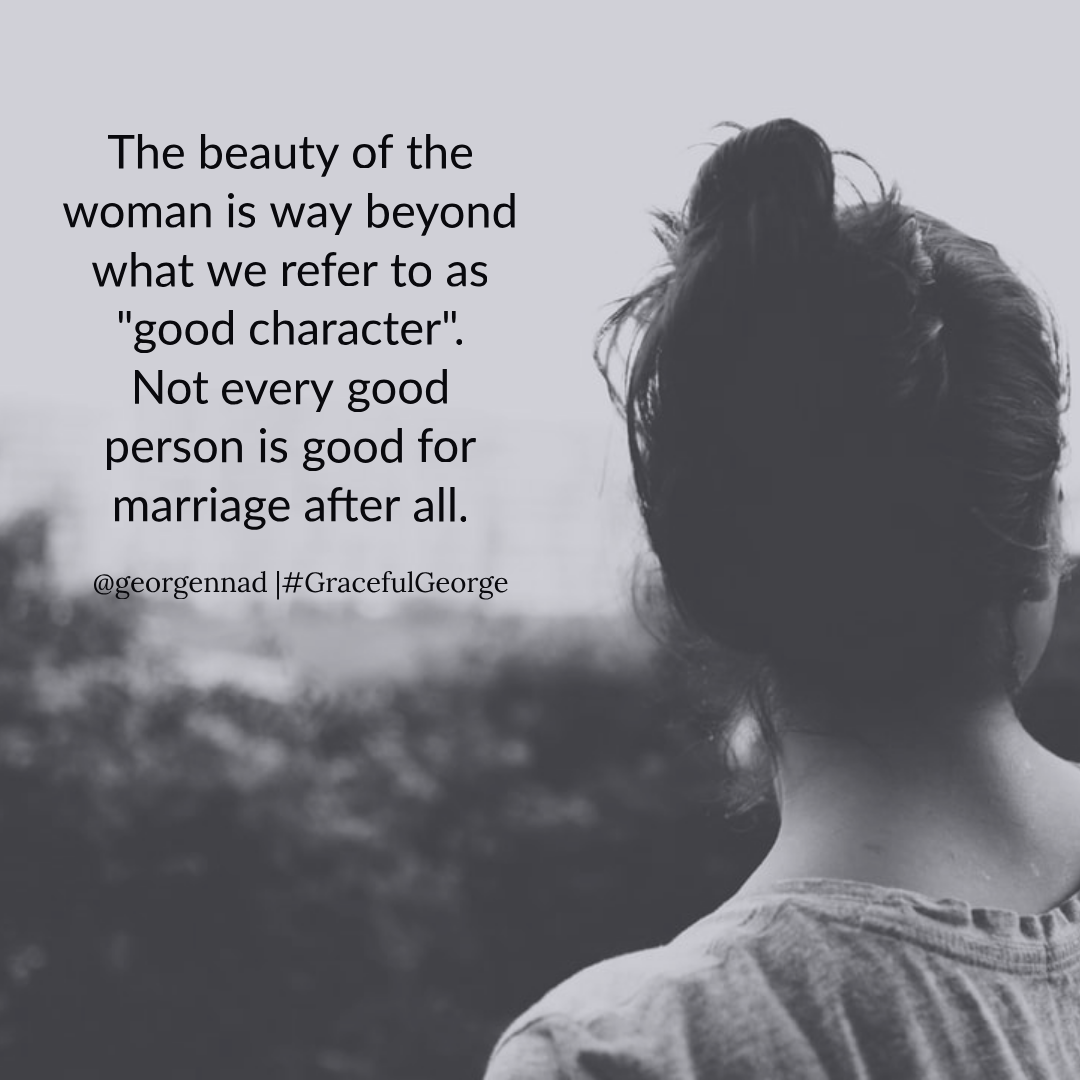 The virtuous woman isn’t building herself solely for a man, the man finds her well built or in the process of it. She contributes not just to her family but to the society. Only a man who understands her and her place prides in her rather than find her competitive or domineering. In fact, the fame of the virtuous woman is what makes the husband stand tall in the midst of other men.

The virtuous woman is the crown of her husband. Which means, without her, there is no crown on the head of the man. She is what adds glory to the man.

The purpose of the virtuous woman is not marriage, marriage is just one channel among others through which purpose is fulfilled. She understands her place as a helpmeet and she is good at it! She isn’t just marriage useful and totally useless in other areas of life.

We also know for sure that the beauty of the man is not money. However, that will be the subject for another day.