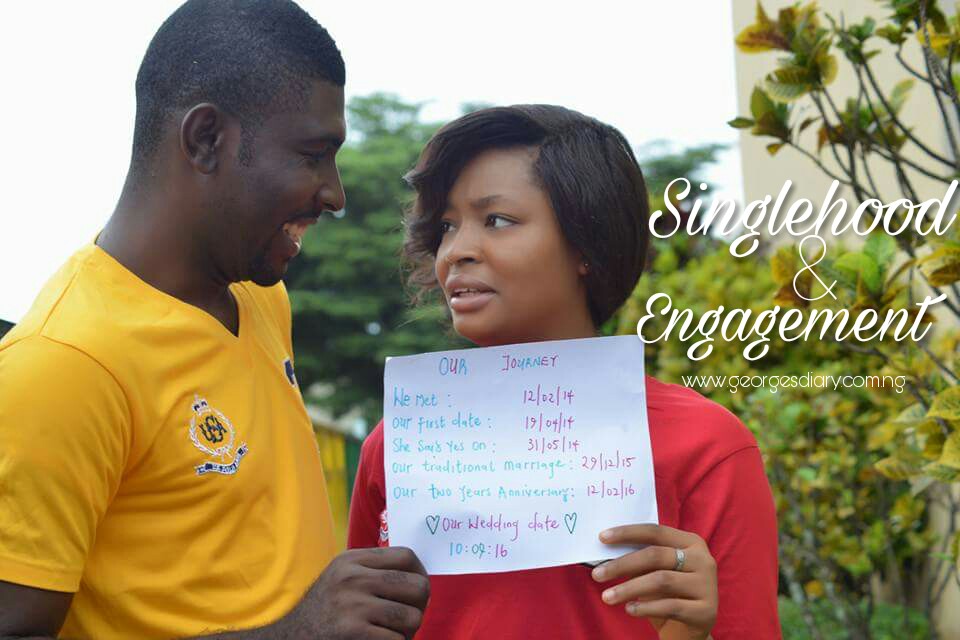 Until it is certain, it is dangerous to broadcast your relationship on the social media. Don’t be quick to announce any relationship in the public until it starts working. Don’t give the impression that you’re out of singlehood when you’re still very much single. Many people think they’re no longer single and even searching, just because they engaged in sexual affairs with someone.
:

Smooching and kissing in the public has a way of reducing your esteem. Public shows can’t help your relationship. In our society where women are seen as nothing, a man who pressures a lady into public display of sexual attractions is killing that woman. A woman who gives in to such pressures isn’t wise… Civilization comes with its excesses. Civilization isn’t an end to stupidity, people can still be stupid in a civilized way. Holding hands together in the public is a more decent way to show affection in the public without loosing a sense of value. Relationships are not public affairs, neither is it secret affairs…. It’s simply a lifestyle limited to the parties involved!

Until engaged, you don’t belong exclusively to each other. Don’t expect anyone to be reserved for you at that point. Engagement is a sign for the public. If you’re not engaged, you’re still single and available. It’s dangerous to go crazy with a relationship that has no serious commitments. Don’t invest too much in an undefined relationships. You might be wasting your resources unnecessarily. It’s dangerous to share so much with someone who isn’t part of your future. Have reservations for the real deal! Until the promise comes, there are things you still don’t need to give in.

Until proposal, you’re still friends who are single, searching and waiting, no matter how you try denying it! If he finds a wife in you, he won’t rest till he slid a ring into your finger as a sign of commitment. If she sees you beyond friendship, she won’t panic when you talk about marriage (she’ll obviously do her ‘shakara’ but will have a way of giving you a clue)… The day he stops searching is the day he gets the ring! Understanding this helps you understand that faithfulness in marriage isn’t the same as faithfulness in friendship. So many people make the mistake of seeking marital faithfulness in an undefined relationship. This is as a result of our morally declining world where people feel free to do what married people are doing without even being engaged.

Faithfulness in friendship doesn’t mean staying away from other friends, it means valuing your friendship and being commited to it. You become unfaithful the day you despise and betray that friendship.

Faithfulness in a defined relationship as in engagement isn’t ‘having sex with one person’, sex isn’t in the job description at the first place. It means being committed to that engagement and sticking to your promise. The day you become unfaithful is the day you start looking for another life partner when you’ve given out your promise.

Faithfulness in marriage doesn’t mean avoiding friends, becoming antisocial and wearing ring all the time. Unfaithfulness starts the day your best friend and sexual partner isn’t your spouse any longer or when you are no longer committed to the wedding vows. Your spouse should be your best friend, the one who knows all that there is to know.

The day you meet someone and a spark kicks off isn’t the day you stopped being single. The day you went out on your first date isn’t the day you’re done with singlehood. All those are activities that facilitates your search for a life partner… You were searching or waiting because you’re single and available.

The search ends the day you find a wife in a woman and she accepts your proposal. Proposals aren’t mere traditions, it’s a promise to end the search and start preparing for a lifetime union! By engagement, you both are engaged in a common task, to prepare yourselves for a lifetime union! By proposing, he is saying “I’ve searched all over and I’ve seen a life partner in you” and by accepting she is saying “I will not accept any other man but you”. It is in this case that your status changes from ‘single’ to ‘engaged’.

Engagement is the beginning of an even more serious relationship. This is where discussions are allowed to grow out of the surface level, this is where more intimate things like choice of kids, sexuality and all that can be a subject of discussion. At this level, two persons are engaged into readjusting themselves for themselves towards the road to marriage.