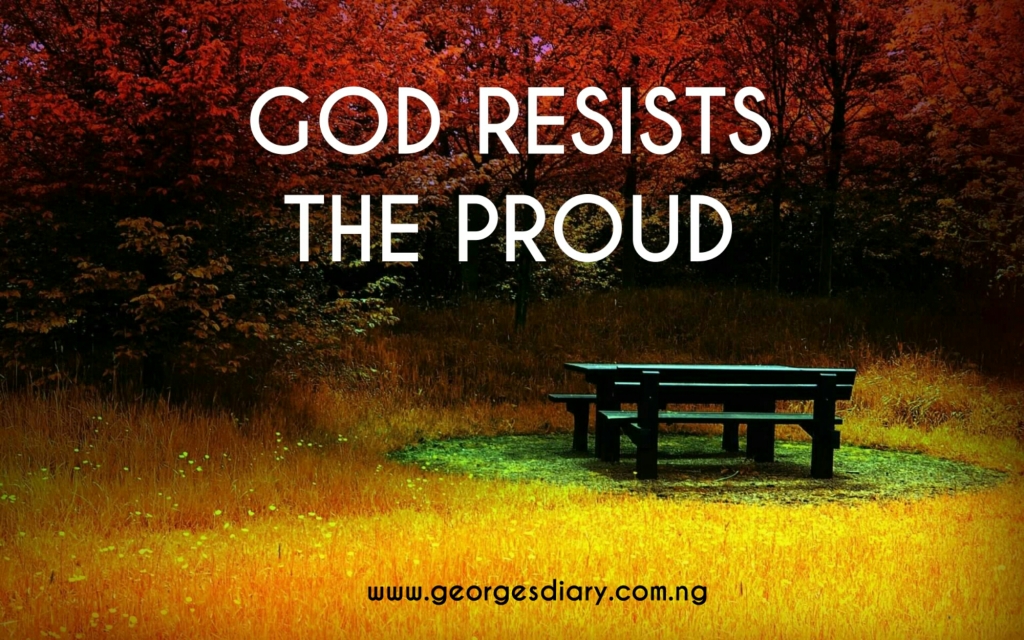 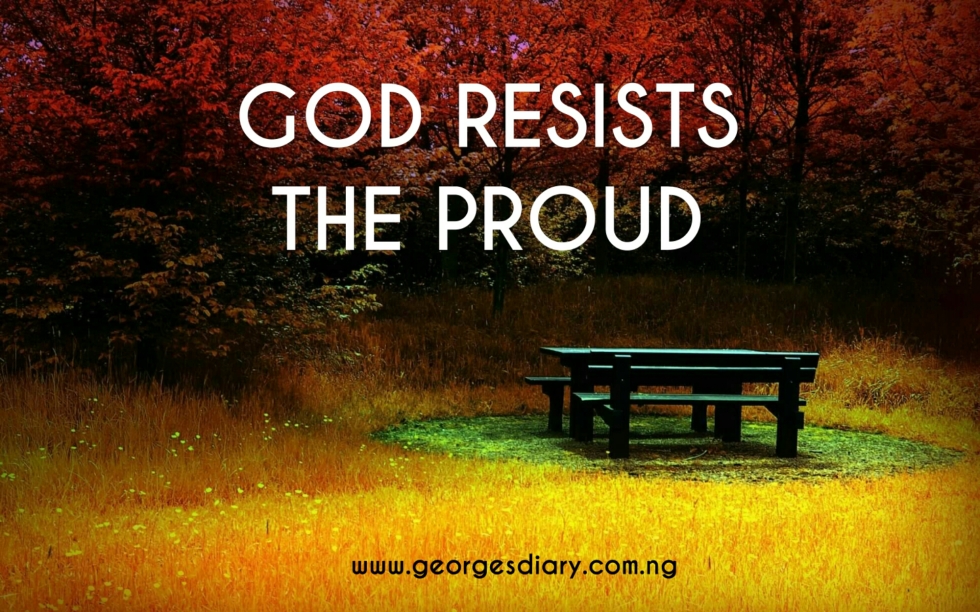 Few days back, I was in the midst of two persons. We brought up the issue of a certain man who was caught stealing from the secret offering box of a particular Church and the young man was tied up (probably to prevent him from escaping from the leaders of the Church) and some persons took his pictures and posted them on Facebook. While I may not be able to treat him the same way they treated him if I was the one in charge, I also didn’t want to criticize what the Church (or individuals) did to him.

At a point, these two persons with me started saying lots of things about the Church. They even said they will steal treasures from the Church if given the opportunity and they said the Church is the cause of people’s misfortunes, the Church was supposed to be helping people start up business, pay school fees and carter for people! They said every Pastor is a thief and therefore should allow other theives to do their thing!

Then, I started wondering what I was doing in their midst in the first place. I know where their frustrations came from! They’ve expected a lot from the Church, they’ve expected the Church to feed them, give them capitals and so on… And they felt Pastors are the ones in charge of the offering money in Churches! They questioned why people should give offering and pay stewardship.

I only dropped few words to them… I said

“You both have a very bad orientation of what the Church is and that is why you’re seeing the Church as a humanitarian NGO. You both haven’t wondered why you’re the way you are now? We will see where these things will lead us and we will see where we all end up. But mind you, Pastors are not thieves! If you know how many people these Pastors are paying their house rent, school fees and much more, you’ll regret every saying somethings! If you give the way these Pastors are giving, your lives would have been so better!”

Readers, when ever you’re in the midst of people who are insulting men of God or the Church, do not follow them to do so. If you can’t leave that place, just keep quiet! Don’t even listen, use your ear phones to play good music! Never ever join them to speak against Churches or Pastors! Even if the Pastor they’re criticizing is not your own “kind of” pastor, don’t follow them!

When you’re in a place where they discourage you from paying stewardship (some call it tithe), giving offerings and all that! Don’t join them… Don’t stop giving your offering!

I have never seen any of these kind of people succeed in life! They keep trying to succeed, they keep trying to do exploits but they have a very bad orientation and it keeps pulling them back! Look at them, they always fail just few steps away from their success! I have not seen a successful believer questioning offerings and trying to probe Pastors to see if they’re stealing Church money or not! Only unsuccessful people do that because they are overwhelmed that people are really succeeding… They expect everyone to be like them!

Giving offerings, paying stewardships, respecting the offices of men of God is humility! Arrogant people cannot​ do that! James wrote

“You’re cheating on God. If all you want is your own way, flirting with the world every chance you get, you end up enemies of God and his way. And do you suppose God doesn’t care? The proverb has it that “he’s a fiercely jealous lover.” And what he gives in love is far better than anything else you’ll find. It’s common knowledge that “God goes against the willful proud; God gives grace to the willing humble.” – James 4:4‭-‬6 MSG

God resists arrogant people! Do you know what that means? God himself pulls them down! Why? Because He wants to humble them! Hey, you better don’t let God force you to be humble because it is not going to be a very good experience! Let’s use King Nebuchadnezzar as a case study!

He was an arrogant fellow, a man who insulted God by accepting to be worshipped as God! We have them in our midsts today, they insult men of God and insult the very means of worship to God! We also worship God with our stewardship and offerings but they say “its irrelevant!” They seriously oppose God and then God turns out against them! Let’s see what happened to Nebuchadnezzar, it’s a long verse but we’re going to read it

“All this happened to King Nebuchadnezzar. Just twelve months later, he was walking on the balcony of the royal palace in Babylon and boasted, “Look at this, Babylon the great! And I built it all by myself, a royal palace adequate to display my honor and glory!” The words were no sooner out of his mouth than a voice out of heaven spoke, “This is the verdict on you, King Nebuchadnezzar: Your kingdom is taken from you. You will be driven out of human company and live with the wild animals. You will eat grass like an ox. The sentence is for seven seasons, enough time to learn that the High God rules human kingdoms and puts whomever he wishes in charge.” It happened at once. Nebuchadnezzar was driven out of human company, ate grass like an ox, and was soaked in heaven’s dew. His hair grew like the feathers of an eagle and his nails like the claws of a hawk. “At the end of the seven years, I, Nebuchadnezzar, looked to heaven. I was given my mind back and I blessed the High God, thanking and glorifying God, who lives forever: “His sovereign rule lasts and lasts, his kingdom never declines and falls. Life on this earth doesn’t add up to much, but God’s heavenly army keeps everything going. No one can interrupt his work, no one can call his rule into question. “At the same time that I was given back my mind, I was also given back my majesty and splendor, making my kingdom shine. All the leaders and important people came looking for me. I was reestablished as king in my kingdom and became greater than ever. And that’s why I’m singing—I, Nebuchadnezzar—singing and praising the King of Heaven: “Everything he does is right, and he does it the right way. He knows how to turn a proud person into a humble man or woman.” – Daniel 4:28‭-‬37 MSG

Nebuchadnezzar was a king who had total disregard for God, he couldn’t worship God and would even insult Him by accepting to be worshipped as God! God decided to pull him down, strip him off his office as king and cause people to hate him! Some wrongly teach that God turned him into a wild animal! No, he was driven out of his kingdom, no one cared about him, he became too poor that he couldn’t even afford a home or food to eat! He was so unkempt! He lost his mind. He remained that way until he decided to look up to God! The Bible said he looked into the heavens, perhaps he was asking for mercy, perhaps he was crying to God for deliverance! It was at that moment that his mind was restored! He received ideas, he received opportunities, he understood better who he was! He suddenly began to worship and praise God! Wow! He couldn’t do that before but he was doing it now! He became so humble but is was a terrible experience! God made the elders of the land reject him as their king, it wasn’t God who drove him out! It was the nation that rejected him as their king! God caused it to happen! How do I know this? Because Nebuchadnezzar narrated

“All the leaders and important people came looking for me. I was reestablished as king in my kingdom and became greater than ever”

This means they were the people who drove him out just as God’s word has said!

This story shows how God resists the proud and how he is always ready to forgive them of their pride! When you see these people who call themselves Christians but still encourage people against Pastors, against Churches and against offerings and stewardship… Please run from them!

Look at them, they will always try to succeed but fail because they’ve allowed the devil to have a way in their affairs by putting God off from it!

#Photo: At Declaring His Majesty Concert with Angel C