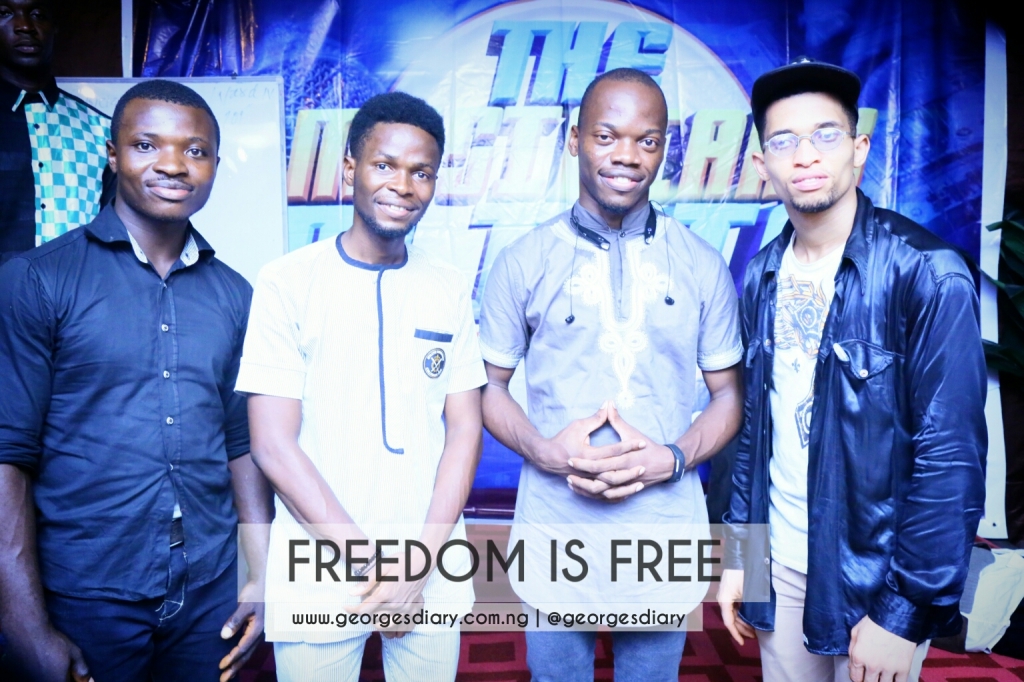 Jesus said “you shall know the truth and the truth shall set you free”(John 8:32). Now, this statement communicates lot of things! It also communicates the fact that “the level of ones ignorance determines the height of his bondage”. This truth doesn’t just apply to salvation from sin and condemnation but also applies to virtually every sphere of life!

Freedom is not a one time achievement, it is something you keep achieving as long as you keep gaining knowledge. The day you stop learning, that is the day you stop walking in more freedom!

If you are in a particular business, you’ll not go far in it when you are not teachable. Many times I meet certain people who puff their shoulders and talk in a manner that says they don’t need people to teach them, they act as though they know everything and do not attend programmes if they’re not the ones to speak! When I look at them, I see where they’re heading to, I see how far they’ll go and I know they can’t do much because they’re still in some levels of bondage. The worst thing that will happen to a man is being in bondage while thinking he’s free!

When Jesus made the statement, He was talking to people who doesn’t know they’re in bondage, people who regarded themselves as the children of Abraham but never knew there is another level, a level of sonship, a level that transcends being the children of Abraham to being the sons of God! Not sons by confessing the fatherhood of God which anyone can just confess, afterall God created all things but by a knowledge that permeates our very being and make us move not just in the consciousness but in active display of it! Sons take responsibility and without knowledge it is not possible.

I met a young entrepreneur and we got talking. After some time I recommended a book for him and he said “at this time, I don’t have time for books any more… I just need to focus on my business and get it rolling”. I laughed and told him “you can only roll your business to the extent you know and that’s your limitation! The more you know, the more your capacity is enlarged and the more you’re capable of doing more”.

It’s not about bagging lots of certificates from institutions, it’s about putting yourself in an environment of constant learning! When you’re not learned in God’s word, you’re limited to what you can do as a Christian! You’re limited to the amount of freedom you can exercise! In the same manner, if you don’t learn further in your area of expertise, you’ll soon fade out and your once celebrated professionalism will become archaic since there are lots of people who want to always take a step further and they learn to do such!

You don’t need to enroll in a four years course to learn, it’s good if you can do that anyway. The knowledge we’re talking about here isn’t the normal educational system where people are only studying to pass exams. There are so many ways you can learn! It is by connecting with learned people who are always ready to learn more, by reading good books and by giving yourself scholarships! Yes, the internet is full of relevant informations!

I have never seen a believer who is committed to the study of God’s word get limited! Whenever there seem to be a limitation, he searches the scriptures to see what God has said concerning such situation and with it he exercises his freedom! As a believer, I have come to that level where I am not afraid of hell, demons and so many other things that seem to be of a huge concern to lots of believers! Some people are free but they still live as slaves because they don’t even know they’re free! Therefore we make this establishment based on the word of Jesus, “the amount of truth you know determines the amount of freedom that you experience”.

I am also committed to learn further because I want to go farther!

You don’t need money to become free because freedom is free!